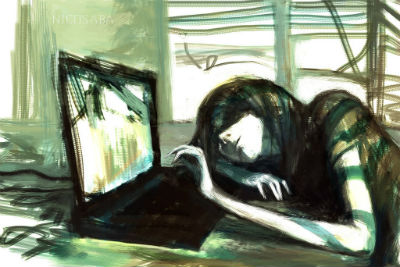 Alternative School for Those Who Might Fail (Burnett County Sentinel)

SIREN–A board that assembled to kick-off the first all-county alternative school has made a verbal agreement to rent a building on Siren’s Highway 35 main drag this fall.

The building across the street from Firstar Bank used to house New Beginnings.

A teacher, two aides and a part-time work coordinator have yet to be hired, but the search process has already begun.

The concept for a county-wide alternative school began last winter when the State Department of Public Instruction announced it would make $5 million available in February for schools with alternative focuses.

Administrators from the three county schools decided to apply together and increase their chances of getting a school funded; Webster already had such a school and agreed to be part of a consortium.

The schools asked for $146,000 and received $100,000.To make up for the difference, staff was cut from two full-time teachers to one and from two full-time aides to 1.5. In addition, each school district initially pledged approximately $8,000.

“The main point of this grant (is) to make sure kids get a diploma,” said Mary Kampa, the CESA 11 special education director for the county’s three schools.

In rural areas, if kids don’t succeed in a school setting, there are no other alternatives for education, according to Marilyn Chesnik, a special education teacher in Grantsburg (See related sidebar).

Fifteen high school students from each district can attend the school. Students 21 and younger will be admitted. The only requirement is the students are at risk of falling behind or not fitting in the traditional high school setting. Each district’s high school principal will take referrals from teachers, parents, doctors and other adults.

For now, the school will operate in two sessions: one in the morning and one in the afternoon.

The schedule is a way to fit nonconformist kids–often the kind that enter alternative programs, according to Don Christensen, the Webster Alternative School teacher.

These kids typically have jobs and so can only go to school part days.

Work schedules will probably drive the school to offer night classes, as well.

The board plans to work extensively with community agencies that can help the students succeed once they graduate. The program is highly future-oriented. The reason for having a work coordinator is to help students find jobs. Working with WITC will help the kids realize college opportunities.

Kampa plans to collect information from agencies including county social services and the transition council (currently in development by CESA 11). She wants to put the information in binders and show the kids how to use community resources in order to succeed.

“I think they’re just not aware that exists,” Kampa said.

The state ensured five years of at least partial funding.

Christensen knows there will be kinks to iron out. The first year of the Webster program, everything that could go wrong did.

“It was an absolute mess when we started out,” he said.

But the program survived and has lasted four years with about a 70 percent success rate. This year four kids who attended alternative school earned diplomas, he said.

“Then you’ve accomplished your goal.”